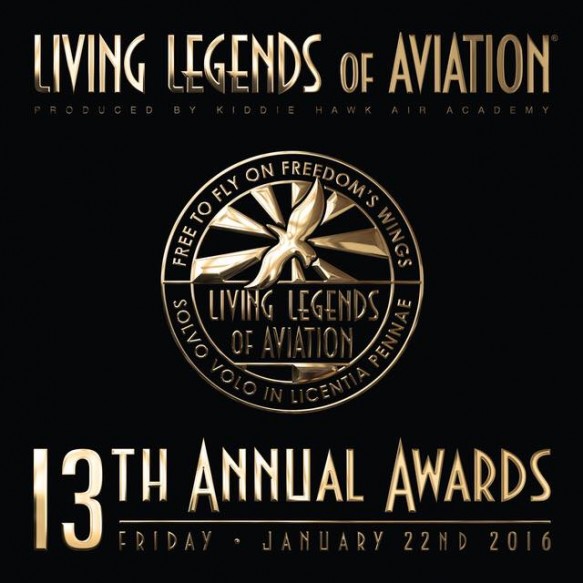 Mr. Ray Conner, President and CEO of Boeing Commercial Airplanes, will be awarded the Living Legends of Aviation’s “Lifetime Industry Leader Award,” with Mr. Steven Udvar-Hazy and Mr. Herb Kelleher presenting. Boeing Commercial aircraft account for the majority of Boeing’s total revenues and with nearly 12,000 jetliners in service worldwide, this is roughly 75 percent of the world fleet.

John Travolta, the “Official Ambassador of Aviation,” hosts the annual event. The 13th Annual “Living Legends of Aviation Awards” will be held at the Beverly Hilton January 22, 2016. The awards program starts with the “Flown West Tribute” to those Legends lost during the current year. The “Flown West Tribute” for Legend Dr. Forrest Bird will be followed by the induction of four new Legends.

Thomas Flohr, Founder and Chairman of Vista Jet, will receive the “Aviation Entrepreneur of the Year Award.” Growing his Austrian-based company in 2004 with three aircraft to a fleet of 55 Global and Challenger jets that represent the industry’s fastest growing aviation company and the world’s largest fleet of privately owned Bombardier aircraft.

Miles O’Brien, pilot and independent American broadcast news journalist specializing in science, technology, and aerospace, will receive the “Aviation Inspiration and Patriotism Award”.
The Legends will recognize Col. Gail Halvorsen. Hailed as the “Candy Bomber,” Col. Halvorsen dropped candy bars on final approach to Tempelhof Airport while flying the Berlin Airlift. He ignited an expanded effort supported by the Hershey Company that dropped a million chocolate bars to the German children.

The 13th Annual “Living Legends of Aviation Awards” are being dedicated to Bob Hoover. Bob’s experience and example has elevated every pilot’s safety and continues to enhance every aspect of aviation.

Join the 13th Annual “Living Legends of Aviation Awards” and meet the Legends, honorees, inductees and fellow aviators. . The Awards are produced by the Kiddie Hawk Air Academy, a 501-c-3 non-profit organization whose mission it is to educate and spark children’s interest in aviation.