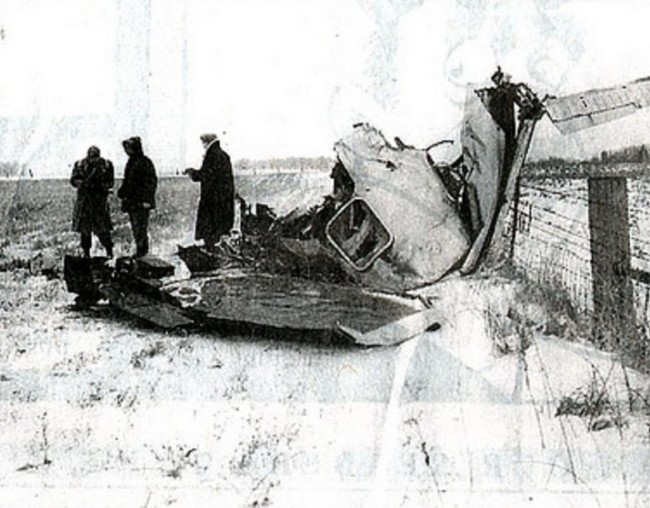 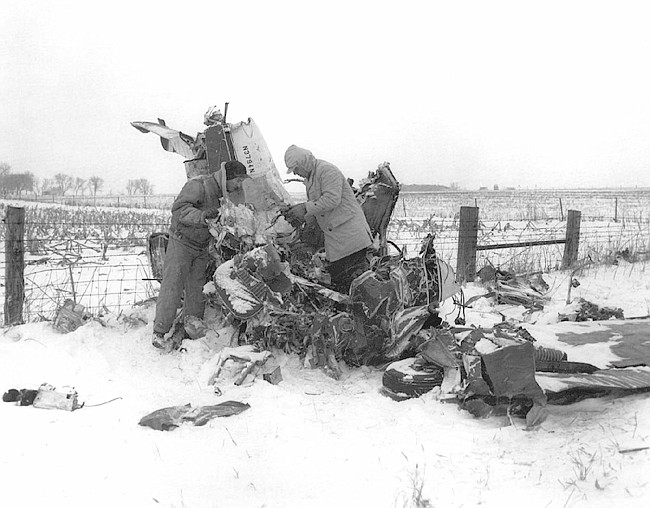 Today, many news networks are reporting that the NTSB may consider re-investigating the Beech Bonanza accident that occurred in February 1959, killing three famous musicians/singers – Buddy Holly, Ritchie Valens and “The Big Bopper.” The proposed petition for re-investigation was submitted by L.J. Coons, a retired pilot and aircraft dispatcher.

I am not sure why the Safety Board would entertain the idea of re-investigating this accident since any improvement to aviation safety has long since past. Mr. Coons believes that there were possibly issues with the aircraft weight and balance, and “problems with the rudder pedals” that caused the pilot to lose control of the airplane. The Civil Aeronautics Board (CAB), the investigative authority at the time, did a good investigation of the facts, conditions and circumstances and developed a good analysis to support the following Probable Cause (PC) determination:

“The pilot’s unwise decision to embark on a flight which would necessitate flying solely by instruments when he was not properly certificated or qualified to do so. Contributing factors were serious deficiencies in the weather briefings, and the pilot’s unfamiliarity with instrument which determines the attitude of the aircraft.”

Although this PC identifies the practical cause of the accident, it does not address a lot of the issues that would typically be examined if such a high-visibility accident occurred today. Some of these issues such as human factors, aircraft performance and operational issues with Dwyer Flying Service would hopefully have been explored if the NTSB conducted the investigation. Although I am not sure what prompted Mr. Coons to believe that there was a mechanical problem with the rudder pedals, since his assertion is contrary to the findings of the CAB, the weight and balance issue should have been examined to determine if it may have affected the controllability of the airplane. Regardless, based on the known information developed by the CAB, the weight and balance of the airplane did not cause this accident and likely did not have an influential affect on the cause of the accident.

As the CAB report details, there were issues with the weather reports that the pilot, Mr. Roger Peterson received throughout the evening, and until just prior to departure which did not provide the complete picture of the changing weather conditions that he would eventually encounter shortly after takeoff. Further the CAB also details issues with Mr. Peterson’s, pilot qualifications, skills, abilities and knowledge regarding a different type of artificial horizon than what he had been use to during his training and flying experience. NOTE: The artificial horizon would have been an essential instrument in this case for the pilot to determine his situational orientation relative to the earth’s horizon (i.e. airplane nose-up or down; and wings level, right or left).

While the CAB report is simplistic and informative, and it addresses the direct cause and contributing factors of the accident, it falls short in thoroughly discussing the effects and influences of the obvious issues that I would have pursued as an investigator:

In conclusion, while it is apparent that there were several issues that should have been developed, and likely several more that could be explored, it should be noted that the study of Human Factors such as spatial disorientation and pilot fatigue were not well developed when the CAB conducted this investigation. In addition, the CAB focused primarily the pilot’s actions and decision-making and did not examine the role of Mr. Dwyer, the owner of the company and the ultimate decision-maker, in influencing the conduct of the pilot and the flight. As I said previously, I am not sure of the relationship to the parties involved in this accident or other motives Mr. Coons may have in declaring Mr. Peterson’s actions as “heroic,” but I believe the NTSB should not entertain the idea of re-investigating this accident at taxpayer expense because the PC likely would not change, but even more important is the fact that any benefits to aviation safety and the flying public are non-existent.