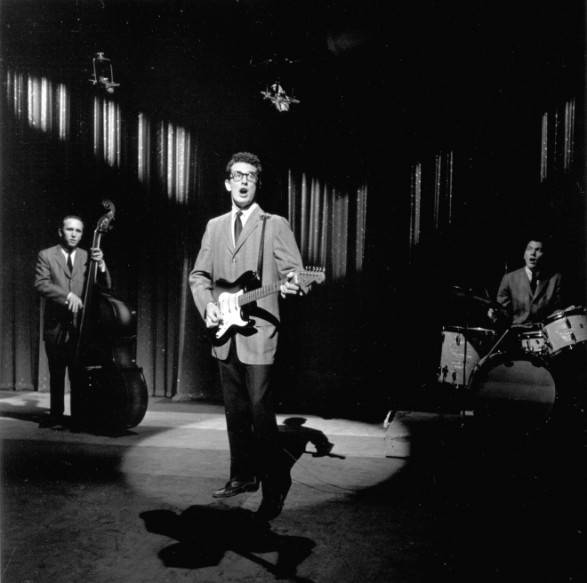 Those born in recent decades may think of Buddy Holly as the guy from that super catchy Weezer song or the waiter Steve Buscemi played in Pulp Fiction. But for those who lived through the first generation of American rock and roll, Holly was a legend, and his early, violent death was tragic.

Holly, along with musicians Ritchie Valens and J.P. “Big Bopper” Richardson and pilot Roger Peterson, were killed a plane crash on February 3, 1959. A federal investigation found that Peterson wasn’t qualified to fly the Beechcraft Bonanza and effectively closed the case when it released an official report the following September.

But the National Transportation Safety Board is considering a petition, filed by retired pilot L.J. Coon, to re-investigate the crash. Coon believes mechanical issues brought the plane down and that Petersen made a heroic effort to save those aboard. Should the feds take another look, any findings probably wouldn’t teach us much about aviation safety in the 21st century. But it could provide new insights into just went wrong, and perhaps answer questions long held by the folks who sob whenever they hear “American Pie.”

Petersen took off in dark, windy and snowy conditions, and was not instrument rated—meaning he was not certified to fly in weather that required relying solely on instrumentation. The Civil Aeronautics Board, the predecessor to the NTSB, found Peterson “could have become confused and thought he was making a climbing turn when in reality he was making a descending turn,” leading to the crash soon after takeoff.

That’s the “practical cause of the accident,” says former NTSB investigator Greg Feith, but the report skips over important issues that could have been involved. It does not consider the weight and balance of the plane—how it was loaded with passengers, baggage, and fuel, all of which could have influenced performance. It does not ask if the weather was so rough at the time of takeoff that it exceeded the capabilities of the plane. Nor does it question how fatigue and spacial disorientation in the air could have confused the pilot. (Feith notes the study of these human factors wasn’t well developed at the time.)

This wouldn’t be the first time the feds have taken a second look at an accident. The NTSB receives less than a dozen such petitions each year, and follows up on fewer than half of them, a spokesperson says. But it does occasionally change its findings.

After United Airlines Flight 585, a Boeing 737, crashed near Colorado Springs in 1991, killing all 25 aboard, a 21-month investigation failed to determine if the cause was “unusually severe atmospheric disturbance” during landing, or a malfunctioning rudder system. In 2001, it decided the rudder was to blame, based upon further investigation and evidence from two subsequent 737 incidents. The agency has revised other findings as well, when it had new, pertinent evidence to work with, or evidence the original investigation didn’t consider.

So it’s possible a fresh investigation would produce a more nuanced, if not substantially different, understanding of what killed Holly and the others. Coon wants the board to reconsider the weight and balance issue and consider whether there were problems with the rudder or icing in the carburetor, according to CNN. It’s not clear if Coon presented anything the board would consider new evidence it requires, and it be several weeks before it decides.

Even if approves Coon’s petition, there’s little reason to believe a new interpretation of the crash would improve safety in the 21st century. The NTSB’s mission is to investigate aviation accidents and issue recommendations (it has no regulatory authority) to make the industry safer. Discovering a problem with the rudder system on a plane that’s no longer in production, and addressing an issue that’s almost certainly moot after 56 years of advances in aviation safety, won’t do anyone much good. “I would be looking at, what’s the safety value for the flying public,” Feith says. “The safety benefit’s gone.”